We’ll be posting new blog entries from previous trips while we find ourselves sitting at home. This posting tips the mix toward less text with all the pictures.

The Rhine Getaway cruise on Viking River Cruises from Amsterdam to Basel, Switzerland has its first stop at Kinderdijk in the southern Netherlands just east of Rotterdam. As you can see from the image at the top of this page and in some of the photos below, we had a an incredibly colorful sunrise greet us there on our cruise on the Viking Eir at the end of November, 2016. Huge flocks of birds were also starting their commute as we awoke.

An array of windmills

Burning off the morning fog

Unlike the whirl and swirl of bicycle riders that we contended with while walking around in Amsterdam, this early morning rider had a much calmer and rustic ride to her destination:

In both fog and with bright clear skies, the windmills were reflected in the water that these mills were built to “push back” to make more arable land. 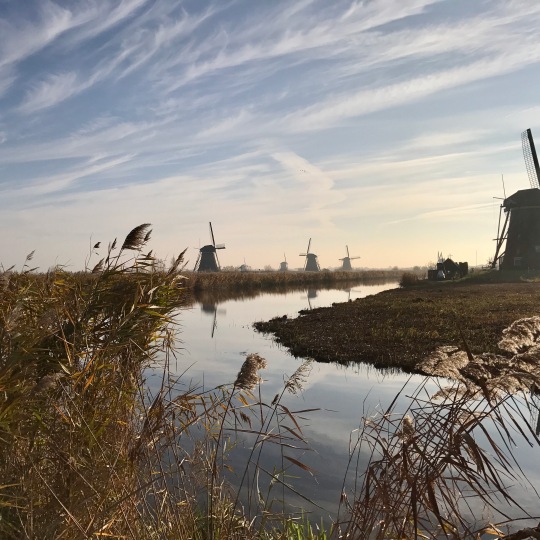 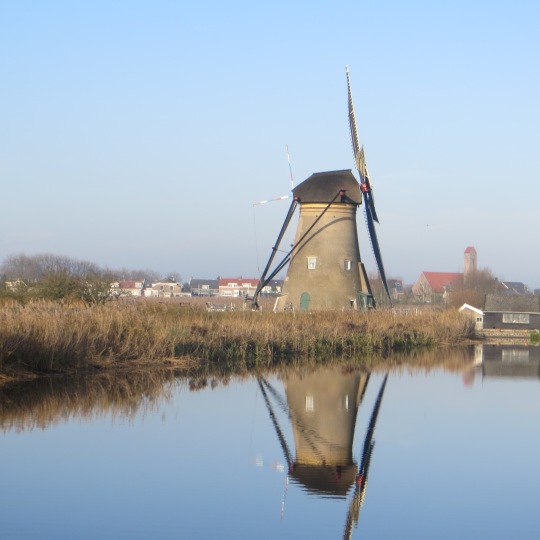 Here are some closeups of the exterior of one of the windmills. Note the thatched roof. The gear that’s used to steer the mill into the wind felt very similar to what is seen on sailboats. 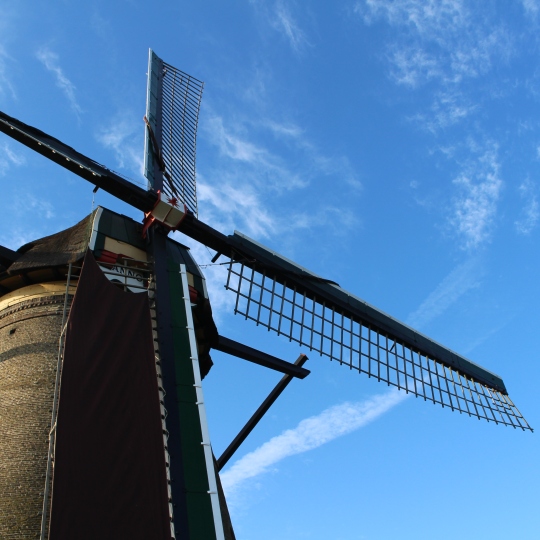 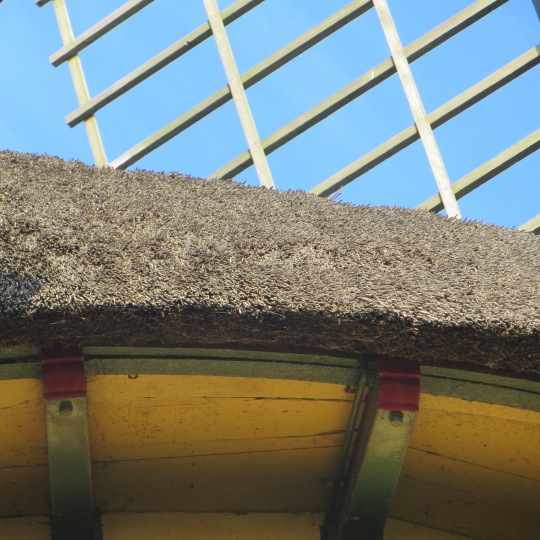 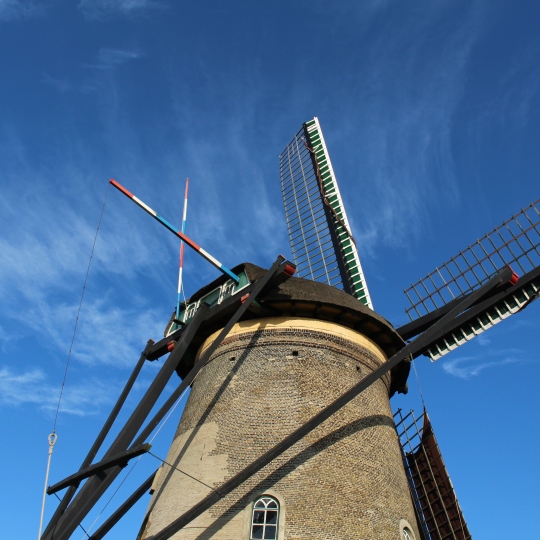 Here is a video of a windmill “in action”:

Here are some interior shots of one of the windmills we were allowed to enter:

This is the modern version of the gear used to pump water at Kinderdijk, using an even more ancient technology – an Archimedes screw:

This is a detail from one of the windmills, showing its date of construction:

Viking cruises seem to always visit a nice mix of urban, village and rural settings. The Kinderdijk stop is sandwiched in between the cities of Amsterdam and Cologne, Germany, which we will be sure to capture in the future.

2 thoughts on “Windmills of Kinderdijk”