Visiting Holocaust-related sites isn’t an obvious part of any vacation. After the events of the past year in the U.S., especially after what took place in Charlottesville this summer, we felt obligated and compelled to make this an important part of our trip, just as we did with a visit to Anne Frank’s house in Amsterdam last year. Each of these sites brought sadness and anger. Even so, we are thankful that we made this a part of our trip.

The Jewish Museum in Prague is housed in five former synagogues. We were able to visit two of the five, as well as the Jewish cemetery. The collection of children’s art from the Terezin ghetto at the Pinkus Synagogue was so dark, bleak, and heart-breaking. The Pinkus’s continous recitation of the names of the Czech Jewish victims of the Holocaust brought home the enormity of the losses, along with the inscriptions covering the walls: 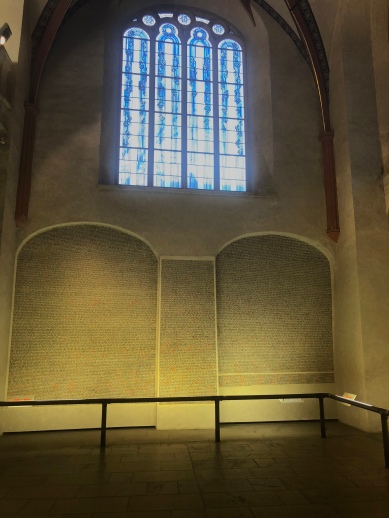 Just one of the walls covered with victims’ names 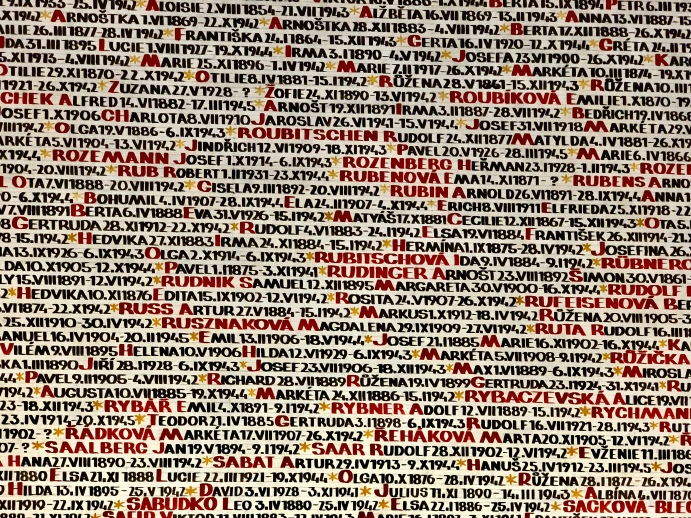 Detail from one of the walls

The Jewish Cemetery of Prague surrounded the Pinkus. The many layers of the cemetery helped convey the longevity of the Jewish community in Prague, which was decimated by the Holocaust: 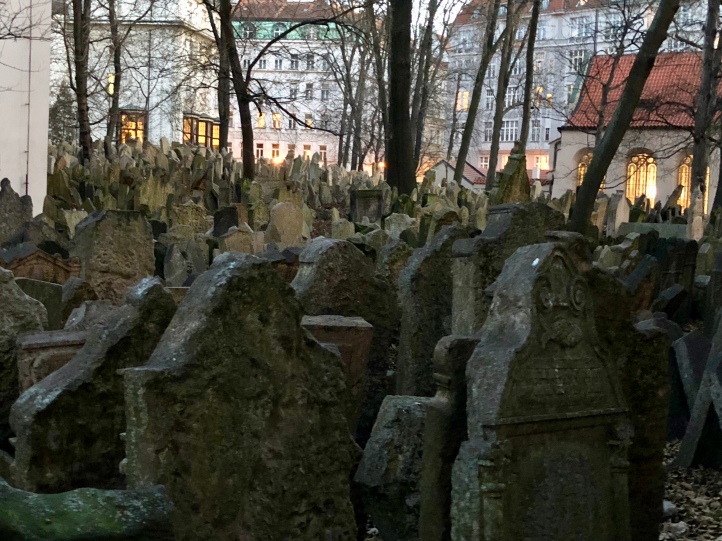 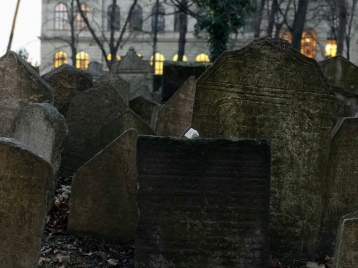 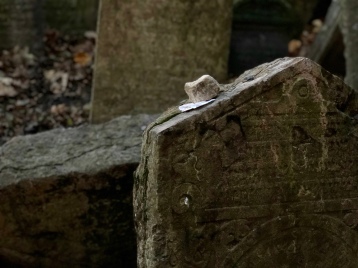 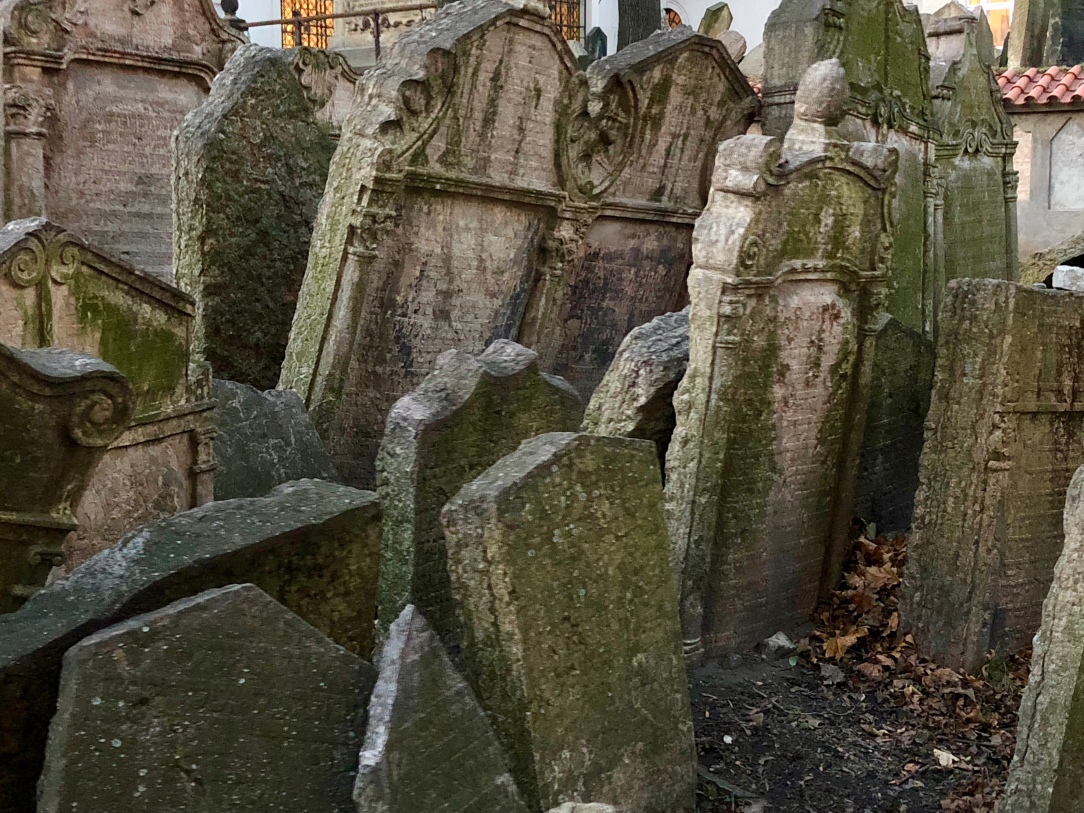 Terezin is a former Hapsburg-era fortress about an hour northwest of Prague that was used by the Nazis as a concentration camp and ghetto for Jews from Prague and all over Europe. Terezin was not designed as an extermination facility, though extreme overcrowding and heavy workloads lead to extreme mortality rates. At one point the ghetto was spiffed up to make a propaganda movie for the Red Cross late in the war about how well the Jews were being treated there.

One of the strongest counter-arguments against Holocaust denial is provided by the detailed record-keeping habits of the Nazis, including death rate graphs for the ghetto: 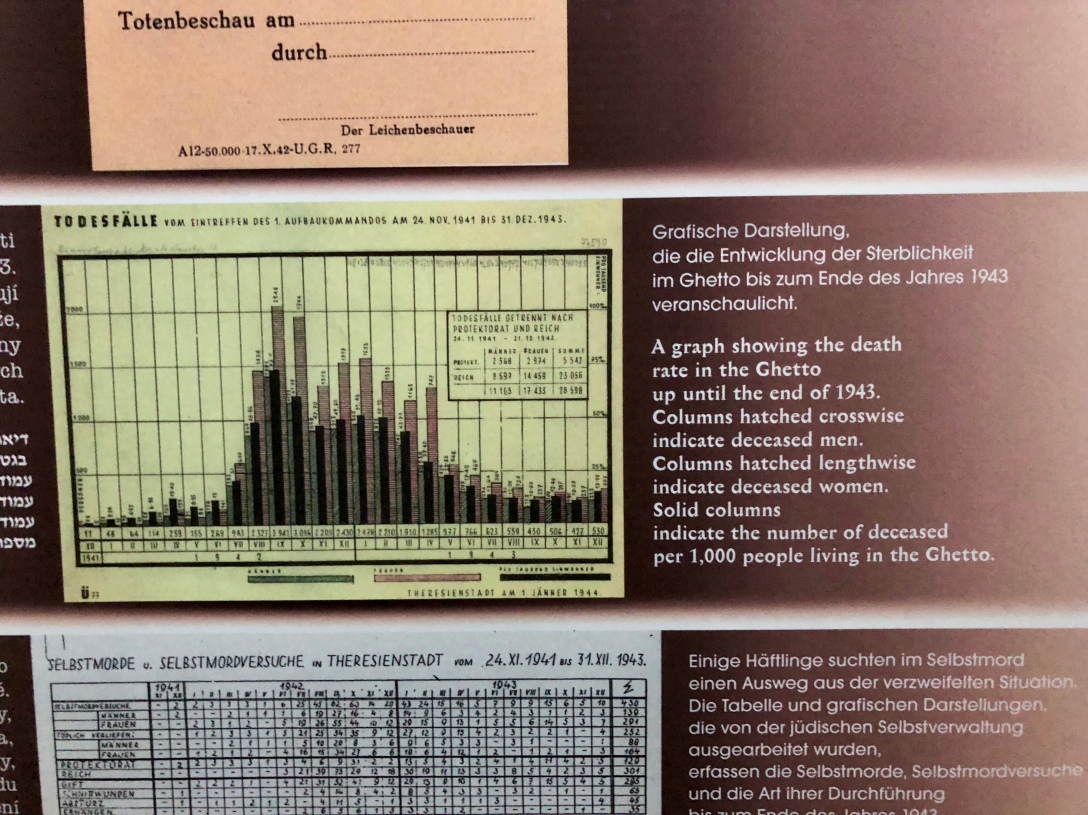 The German text for the lower table translates as, “Some inmates sought a way out of the desperate situation in suicide. The tables and graphs drawn up by the Jewish self-government record the suicides, suicide attempts and the manner in which they were carried out.”

Once the Terezin ghetto began to exceed its holding capacity, trains typically holding 1,000 Jews each were dispatched to the death camps at Auschwitz, Bergen-Belsen, Buchenwald, Dachau, Ravensbruck and other locations.

Associated with the ghetto at Terezin was the Gestapo prison at the nearby “Small Fortress” where political prisoners, homosexuals, communists and resistance fighters were held, tortured, and often executed. The picture at the top of this blog post includes the standard cruel, notorious admonition, “ARBEIT MACHT FREI” (“WORK SETS YOU FREE”) at the entrance to the prison.

Other images from the Small Fortress: 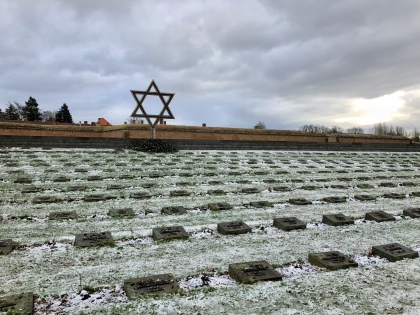 Cemetery at the Small Fortress. Only some of the victims here were Jewish. 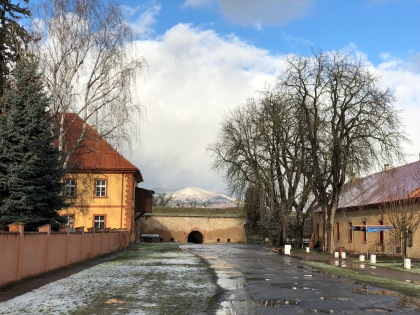 The Gestapo staff had comfortable quarters, including family housing. 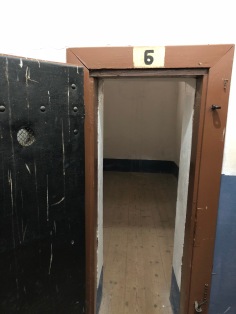 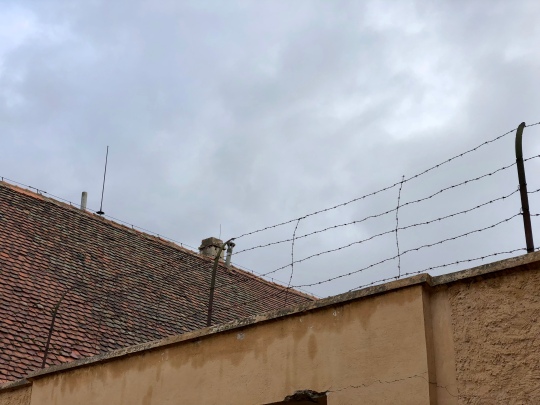 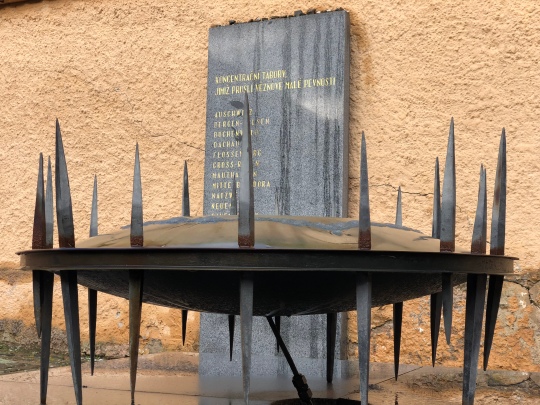 A nearby isolation cell (#1) in the prison had earlier housed the under-age assassin whose action kick-started World War I. In a terrific bit of karma, the Gestapo commander of the camp was imprisoned in the same cell for a few months after the war until he was executed for his crimes.

After our time in Prague we traveled by bus to Nuremberg. We had visited there two years ago on a previous Christmas Market cruise with Viking where we went on a tour of the city and Nuremberg Castle. This time we opted for Viking’s World War II tour. This included a visit to the Nazi Party Rally Grounds, the Documentation Center museum at the never-completed Nazi Congress Hall (designed to be a larger version of the Roman Colosseum) and the courtroom of the Nuremberg war crime trials.

I can’t bring myself to depict the Nazi sites in anything but black and white: 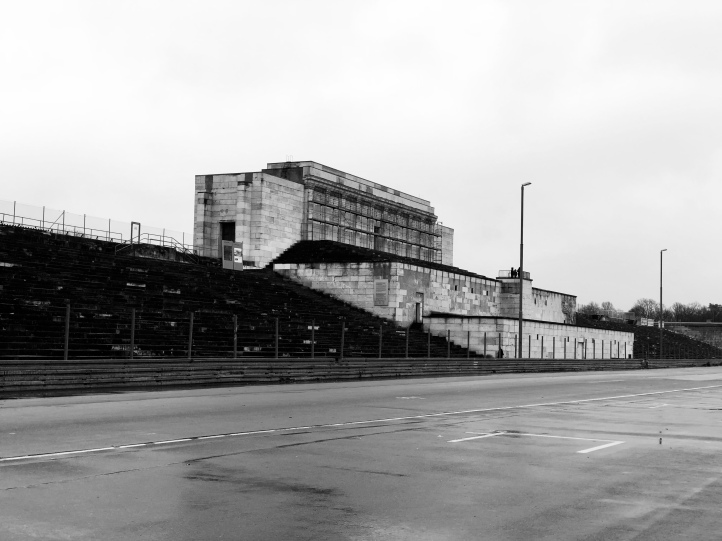 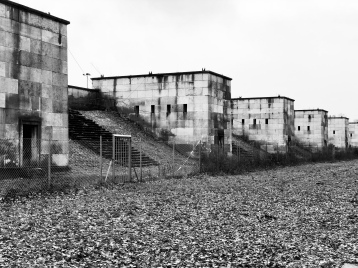 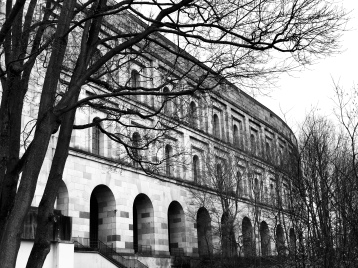 Some modest degree of justice was achieved through the Nuremberg Trials. 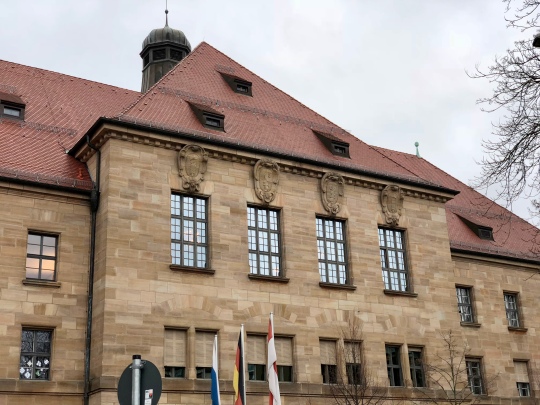 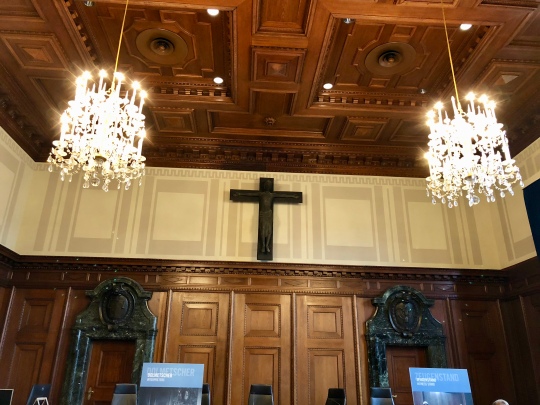 Courtroom as it appears today

Next stop on our trip: On to our cruise on the Viking Egil!

One thought on “Prague Jewish Museum, Terezin and Nuremberg”