Thanksgiving really is not a thing in Amsterdam. About the only sign of the holiday we could find were the turkey and cranberry sandwiches in Starbucks. We were able to spend three days in Amsterdam before starting our Viking River cruise on the Rhine to Basel, Switzerland. In this set of #ThrowBackThursdayTripPictures, I’ll spare you all the pictures of the art I took in the Rijksmuseum (which was wonderful – especially the Rembrandts and the Vermeers) or the Van Gogh museum (where you can’t take pictures anyway, dang it – the sunflowers!). Instead, I’ll concentrate on the street and canal scenes.

You’ve undoubtedly heard about bikes in Amsterdam. If you’re a pedestrian you don’t need to worry as much about the few cars on the streets but you really need to watch out for the flood of bicycles whizzing around you. They have to park them somewhere. Here is a small section of the bike racks at the central train station:

Since it was November, the famous Dutch flowers were of course not in bloom, but there is the flower market:

We didn’t expect to see wildlife in the city, but this fellow really liked the fish monger’s stall in the Albert Cuyp market near our hotel, the Amsterdam Okura, where we had our non-traditional Thanksgiving dinner at Ciel Bleu (humblebrag alert: 2 Michelin stars).

We could have taken a zillion shots of the view from the bridges (wait, actually, I did!), but here are just a few: 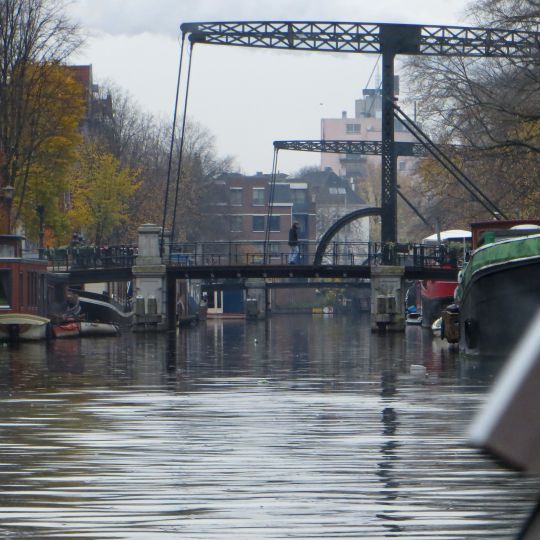 Heineken beer is huge in Amsterdam, but it’s not the only game in town. We ate at a craft brewery near our hotel – Brouwerij Troost in “De Pijp” (“The Pipe”)  neighborhood. In addition to this flight of beers, we were introduced to the Dutch version of our new favorite bar food – Flammküchen (links to recipe). We’ve even made it on our barbecue at home since then.

Since Amsterdam was basically built on a swamp, after a while the pilings don’t always hold up. As a result, “some settling of contents may occur.” I have a feeling that Dutch carpenters might have to just leave their T-squares and levels in their toolbox and just eye things. 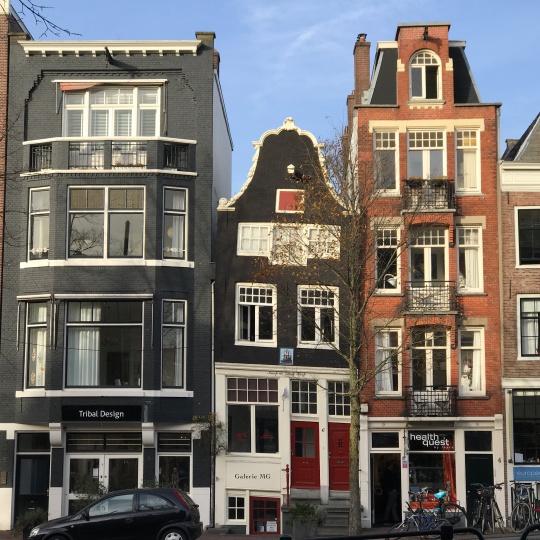 Even though it was just late November, the Christmas lights had already come out in full force on the streets. Here are just a few examples: 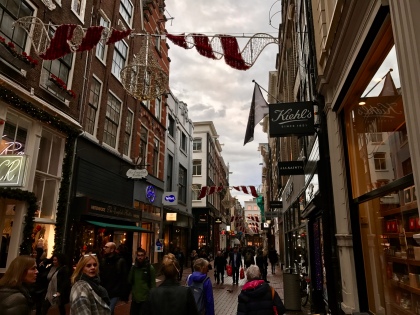 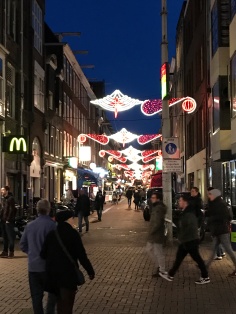 The people who manage to take their own picture alone if front of the “I amsterdam” sculpture must get up awful darn early. Here Tracey has me among the crowd. I’m right in from of the red “m”. For the men who drink too much coffee (or Heineken), the Dutch have installed a low-tech, convenient, well, convenience to help avoid pollution in the canals. 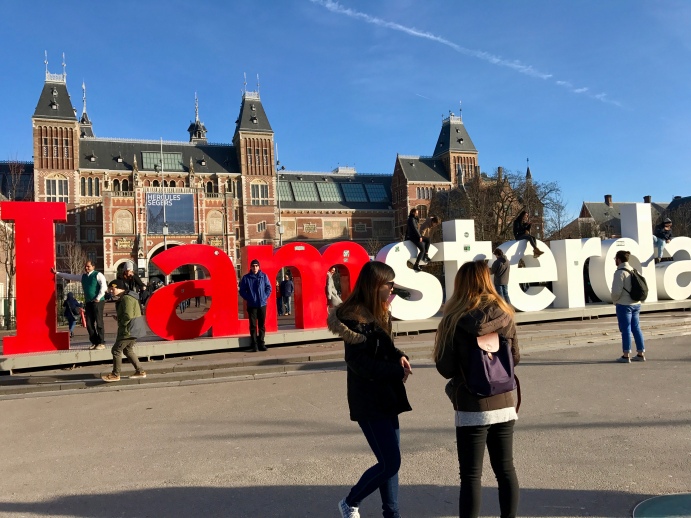 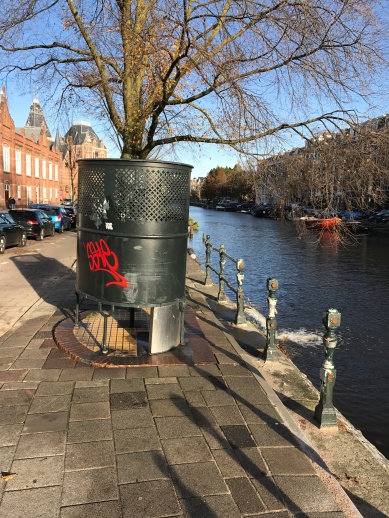 Finally, at the end of our three days in Amsterdam, we boarded the Viking Eir, our wonderful, comfortable floating hotel for the next week: 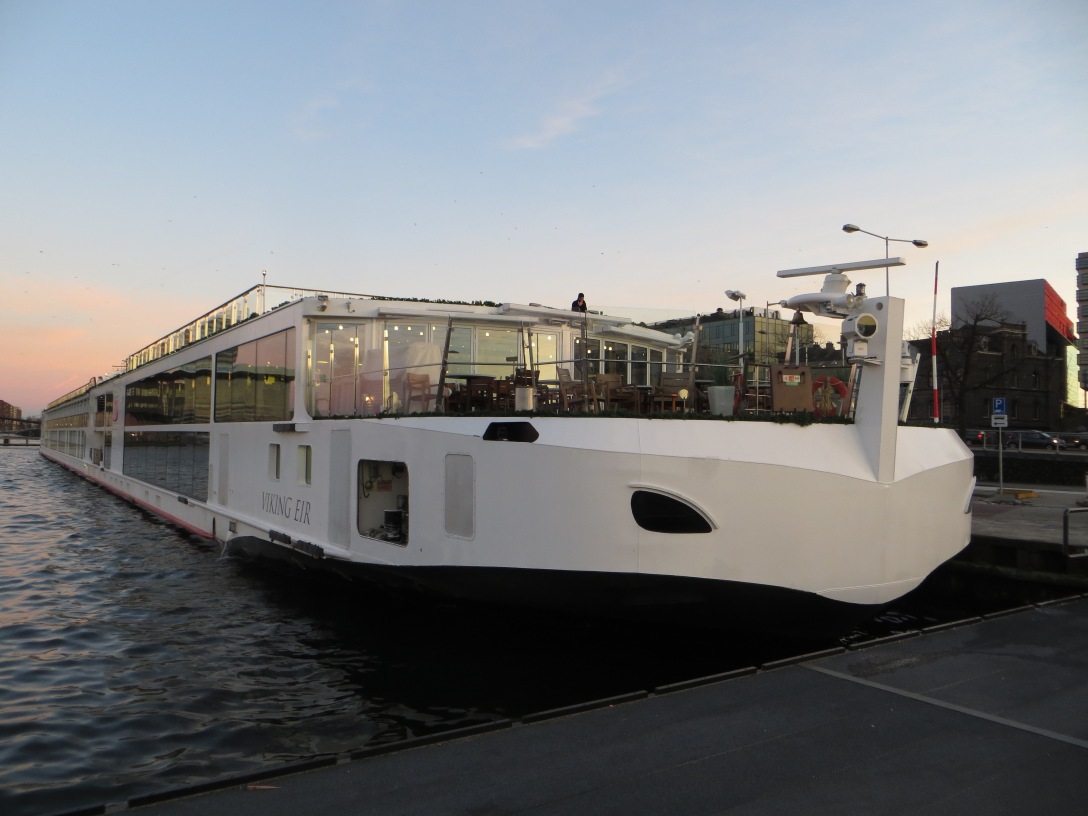